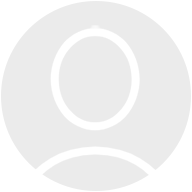 Business is the most common use for websites across most top-level domains, according to a report published by EURid, the .eu registry. The report, which aims to understand how websites are used, reveals that on average 26.5% of websites are used for business purposes. .eu, with 31.4%, has an above average business usage.

"Our findings underscore the fact that businesses across the European Union have consistently embraced .eu," said Marc Van Wesemael, EURid’s General Manager. "They realise that .eu is ideal for trading in many EU countries because it has a unique cross-border dimension."

IPv6 Use Growing, But Only One Step In Adoption

“Support for IPv6 has grown by almost 20 times in the past year by one measure, but most websites still can’t be reached without IPv4, the current Internet Protocol, which is near running out of unclaimed addresses,” reports IDG.

Nominet continues to work through its policy process on the issue of dealing with domain names used in connection with criminal activity.

Nominet had hoped to submit a proposed policy to the Board in December, but following some recent public feedback, it is clear that there are issues that require further discussion.

.UK - Multi-year registration available from 1 May 2012

The new multi-year registration periods will offer greater choice for registrants, who can secure their domain for a longer term without worrying about regular renewals. It also gives registrars the opportunity to offer a more flexible package for .uk domain names. From May 2012, the wholesale fee (for Nominet members) for a one-year registration will be
Read more

In October 2011 a yearly Partners of NASK satisfaction survey was conducted. 50 Partners took part in the research, from which 38 were from Poland and 12 from countries abroad. Evaluation of cooperation with NASK, as of yet, turned out to be very positive, with about 38% respondents claiming that the cooperation is very good, 28% that it’s good and 28% rather good and only 6% had no opinion about the subject. It is worth stressing that no Partner claimed the cooperation to be rather bad, bad or very bad.

Registry system was rated by the vast majority - 82%, as stable and the technical documentation as complete and clear – 88% of all votes. We are very glad to say that a stunning 60% of Partners, taking part in the survey claimed the level of service, offered by their dedicated Key Account Manager in NASK Partner Programme Development Team, to be very good and 26% said it is good, remaining 14% had no opinion about the subject. There wasn’t even one negative comment in this regard.

To the question, which was given to Partners, with whom we cooperate for over a year, asking which of the changes, incorporated in recent times, is valued the most (more than one answer was allowed) about 40% of respondents answered “Procedure on unauthorized .pl domain name deletion”.

The event will host speakers from the technology, entertainment and design industries who will centre their talks on the theme "A Day in the Deep Future, 50 years from now". Guest speakers include Internet security expert Mikko Hypponen, politician Paddy Ashdown and conductor Charles Hazlewood.

"We are proud to be a part of TEDx Brussels," says Marc Van Wesemael, General Manager of the .eu registry EURid. "The TED community for me inspires innovation, which we also cherish and nurture at EURid in our ongoing efforts to make .eu one of the safest and most innovative top-level domains on the Internet."