CENTR has just published the fourth paper of its 20th Anniversary series, written for it by Bruna Martins dos Santos and Kimberly Anastácio, entitled ccTLDs: a recollection of the usage of country code domain names and their importance for identity and culture. 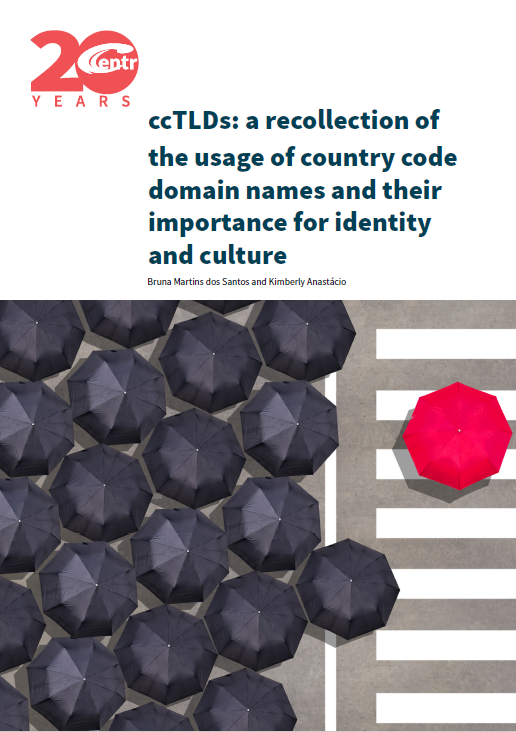 This work explores how identity plays a role in ccTLDs (especially in the European context) both in those closely related to a country’s national identity and in those that explore not only territorial aspects but also familiarities with other words or social groups.